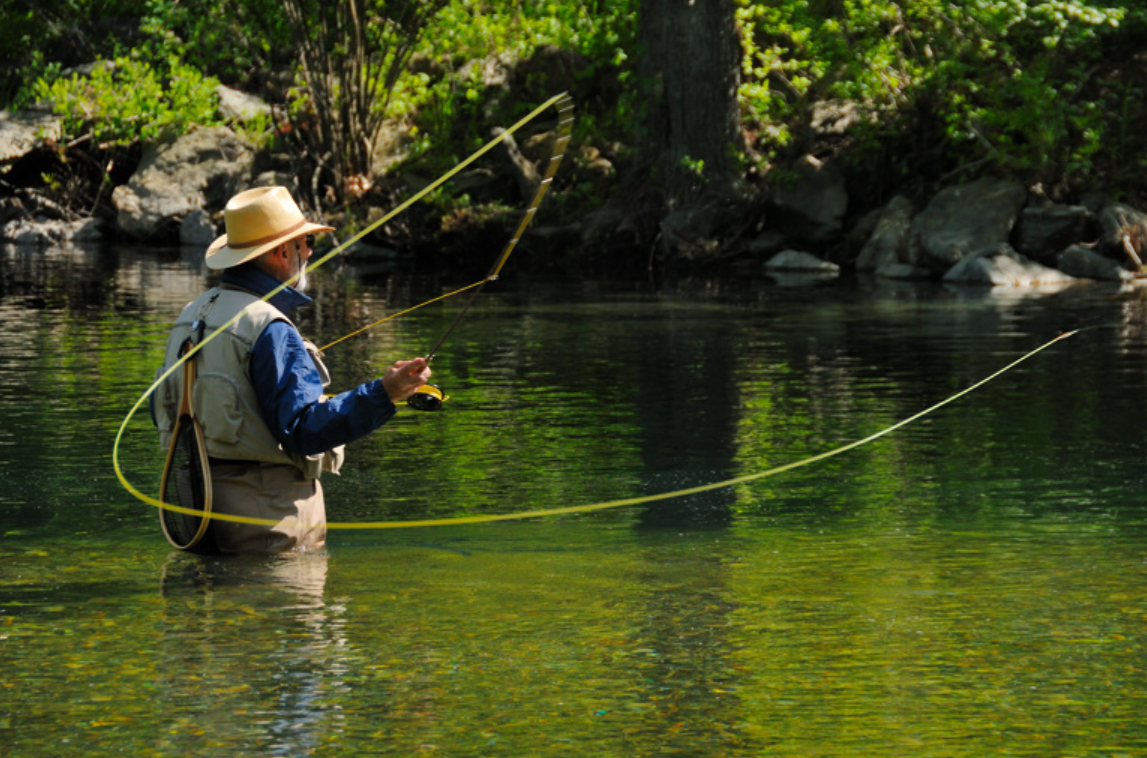 So, fly fishing. We’ve all seen pictures or videos or scenes in movies featuring men in those waders, throwing their lines into the water and standing … and standing … and standing. Fly fishers are certainly not the target demographic for digital marketing agencies. They can stand for hours and hours with nothing but their own thoughts, and that’s frankly something I admire. So we’ve all seen it done (at least on a screen), but how does one go about it? What makes fly fishing technique so different form regular fishing technique?

The answer is, as you may have guessed, a combination of tack and cast. Interestingly, in fly fishing, it is the line that is weighted as opposed to the lure, because the fly fishing lure is so light. A fly fishing lure is designed to look like bait that appears delicious to the angler’s prey, so may have feathers, hair, and other such little bits tied onto it to make it look like little fish, invertebrates, or crustaceans, and can be made to either sink or float.

An important thing to think about when you’re fly fishing is where you are. Take it slow. Take a moment to observe your surroundings. Think about where you would go if you were a fish! You’d probably go somewhere that provides some shelter from predators. Of course, you going there makes that place no longer so safe from predators, but the fish don’t know that, and that’s how you get ‘em!

There are many different ways to cast a fly fishing lines, and there are a number of conditions that factor in to which cast you should employ. The most common cast, however, and the one most-depicted in the media (so the one you’re most likely to have seen), is the forward cast. It takes much more, however, than simply jerking your rod forward over your head. The idea is not to make wild motions and throw out your shoulder, but rather to make a small motion with your wrist, like you’re hammering something into a wall.

Think an unexaggerated, quick movement that comes to an abrupt halt. As your wrist snaps forward, the rod bends, and then, because your hand has stopped moving, your fly is then projected a far more impressive distance that if you tried to swing the rod over your head like a tennis racket. And if you think you have a handle on this idea of the forward cast, don’t get too confident, because there’s a lot to be said about the backcast as well.

The best way to learn is probably from a certified instructor, but DVDs would likely not be a bad idea either. It’s just something that’s easier to grasp once you’ve seen it done. When I first had fly fishing explained to me, I thought it sounded pretty straightforward.

I was cocky, and went into is expecting to be a pro the first day. Inevitably, this was not the case, and there was many a chuckle had at my expense on the river that day (which I supposed I deserved). In short, this is a very complex fishing method, and though it’s absolutely doable, make sure you go in ready to learn.